Respiratory infections are accountable for significant morbidity, and mortality world-wide. Amongst all diseases, lower respiratory tract infections have the greatest burden on human health, with a two and six-fold greater disability-adjusted life years compared to ischaemic heart disease and diabetes mellitus, respectively (1). Not only do pathogens cause primary respiratory infection such as pneumonia, but they also play a paramount role in the exacerbations of chronic lung diseases such as chronic obstructive pulmonary disease, interstitial lung disease and bronchiectasis. Lower respiratory tract infections, excluding tuberculosis, are the third biggest global killers, responsible for 3.2 million deaths in 2015 (2). Importantly, in low-income countries lower respiratory tract infections remain the top cause of death (2). This is linked to poverty, which is associated with malnutrition, overcrowding, and air pollution, which increases the risk of infection with airborne pathogens. The majority of these infections are avoidable, but due to a lack of resources and access to healthcare people do not have access to immunisations or get timely antibiotics. In this setting, the enormous burden of human immunodeficiency virus (HIV) infection (3) augments the risk of infections with common, as well as, opportunistic respiratory pathogens. In contrast, in high-income countries, there is better access to immunisations and medications, but an ageing population, increased prevalence of chronic lung disease and iatrogenic immunosuppression are driving the incidence of respiratory infections. It is estimated that by 2050, 2 billion of the world’s population will be older than 65 years and >1 billion people will have a preventable chronic lung disease (1,4) and unless respiratory infections can be prevented in these at-risk groups, healthcare systems will not cope with the disease burden. Furthermore, modern treatments for chronic inflammatory/autoimmune disease and cancer with drugs that impact on immunity to pathogens has led to the appreciation of the increased risk of acquiring respiratory infections amongst these individuals. Importantly, we are living in an era where antibiotics that previously were efficacious are no longer effective due to the increasing presence of drug-resistance pathogens, and new antibiotics are taking too long to come through the pipe-line (5). Even in the presence of effective anti-microbial therapy multi-morbidity and mortality is still unavoidable for many patients with severe infections due to the exaggerated host response and bystander tissue injury (6,7). Therefore, although there is more control over the spread of communicable diseases and improvements in supportive care for critically ill patients, the impact of respiratory pathogens on human health remains so great that we must not stop our journey to better understand host-pathogen interactions and identify novel preventative and therapeutic strategies.

Wood and José, provide a comprehensive review of the role of adjuvants in the treatment of CAP (8). We provide the rationale for immunomodulation and the evidence supporting or refuting the use of current and emerging therapies in the management of CAP that modulate the host’s immune response to either enhance pathogen clearance or the exaggerated inflammatory responses. Some of these agents, such as macrolides, are already well established in clinical guidelines for the treatment of severe CAP. Others, such as corticosteroids and intravenous immunoglobulins are of great interest, but evidence supporting their use is still not robust enough for a recommendation to be made for their routine use. Studies of these agents have demonstrated that there are likely to be specific groups of individuals that will benefit from these agents, and greater phenotyping of those with pneumonia is required to allow the tailored use of specific adjuvants. Emerging compounds that may be beneficial adjuvants in the treatment of CAP are those that stimulate pattern recognition receptors and enhance effector immune functions, stimulating the host’s immune response to clear pathogens. Although evidence for this approach in the treatment of CAP is required, its use in the prevention of CAP and other respiratory infections in at-risk groups appears highly promising (9).

The incidence of fungal lung infection has increased, and with evolving medical therapy that leads to iatrogenic immunosuppression, we will continue to see the impact that moulds have on the lung. The diagnosis is not always straightforward, so a high index of suspicion is required in at-risk individuals, and knowing the immune defects that predispose to fungal infections is an important aspect (10). Periselneris and Armstrong-James highlight the important aspects of the clinical features, diagnosis, and treatment of invasive and chronic fungal infections (11). These diseases are often complex, and treatment in specialist centres is required particularly due to emerging resistance to anti-fungal therapies, drug interactions, and adverse effects.

Considering that the World Health Organisation estimated that in 2015 there were 10 million new cases of tuberculosis (12), this disease continues to place a huge burden on society. Kumar and Kon (13) discuss the epidemiology, clinical diagnosis, and management of tuberculosis. They focus on the latest developments and future priorities, which include the early detection and treatment of multi-drug resistant tuberculosis, which is being aided by the use of next-generation sequencing and the trials of treatment protocols to shorten the current prolonged treatment duration. Certainly, it will be important to see how these new technologies can be used in limited resource settings, where they are most needed.

The aetiology of respiratory infections is often not known and when pathogens are identified, this is usually 24–28 h after presentation to hospital and initiation of broad-spectrum treatment. Current techniques, particularly those based on culture, do not provide high diagnostic rates (14) and novel validated molecular diagnostics that can be performed at the point of care are urgently needed. Tai et al. (15) provide a comprehensive review on novel diagnostics of respiratory infection in the ICU. Imaging is proving to be a very useful point of care test with ultrasound increasingly used to identify the presence of consolidation in the lungs, and novel bronchoscopy imaging techniques that allow direct visualisation of bacteria and fungi within the alveoli appear to be a promising emerging tool (16,17). New technology such as the electronic nose that can use thermal desorption-gas chromatography-mass spectrometry can rapidly identify pathogens in breath condensate (18) and Abbott’s Iridica device which uses PCR coupled to electro-spray ionisation mass spectrometry (PCR/ESI-MS) is able to identify >1,000 Pathogens (including bacteria, fungi and viruses) in approximately 6 hours (19). The latter molecular diagnostics are also able to detect anti-microbial resistance genes and this technology will hopefully be used in clinical practice soon

The increased incidence of respiratory infections is attributable to numerous host and iatrogenic factors. In this issue two increasingly important factors are discussed, including obesity and biological therapies. Fernandez and Manuel (20) emphasize that we are experiencing a major obesity epidemic, which is associated with immune dysregulation that likely impacts on the pathogenesis of respiratory infections. Although the link with respiratory infection is hard to untangle from all the associated confounding factors, studies showed that the incidence of CAP and influenza pneumonitis is greater amongst obese individuals (21,22). Undoubtedly more research is needed to identify the mechanisms affected by obesity that increase susceptibility to infection with respiratory pathogens.

Biological therapies have led to significant advances in the treatment of chronic inflammatory disease, autoimmune disease, and cancer. Following the introduction of infliximab and etanercept, it soon became apparent that the disturbance of TNF-mediated signalling results in increased risk of infections, particularly tuberculosis. Here, Mouyis and José, provide a concise review of the available literature on the impact of biological therapies on the development of respiratory infections. Although, the effect on infections by the biologics used in the treatment of inflammatory disease is well documented, less in known about the impact of cancer immunotherapy on the pathogenesis of respiratory infection. Many of these agents lead to pneumonitis, which needs to be distinguished from infection, and the use of concurrent immunosuppressants increases the risk of infection. Furthermore, myelosuppression or neutrophil dysfunction can occur with these agents, which further augments the risk of infection (23,24).

It is well recognized that people living with HIV, particularly those with low CD4 cell counts are burdened by respiratory infection, particularly with pathogens such a Pneumocystis jirovecii, Mycobacterium tuberculosis, and Mycobacterium avium intracellulare. In the anti-retroviral treatment era, suppression of HIV viral load attenuates the impact of the virus on host immunity, which has significantly reduced the incidence of respiratory infections (25). Despite, these respiratory infections are still more frequently encountered in this group than in controls (26). In this issue, Jaffer et al. review the impact of HIV infection on respiratory illness in the anti-retroviral therapy era (27). Noticeably, people living with HIV are now living longer and cannot avoid the comorbidities associated with ageing. Here, Jaffer et al. highlight the evidence of the impact of HIV on non-infectious respiratory disease such as chronic obstructive pulmonary disease (COPD), lung cancer, sleep disordered breathing and pulmonary hypertension.

The reviews appearing in this focused issue were written by experts that put a huge amount of effort into understanding the epidemiology molecular pathogenesis and treatment of respiratory infections and their complications. With their ongoing work and support from research funding bodies it is hoped that in the near future respiratory infections will no longer have such an extraordinary impact on quality of life and mortality globally. 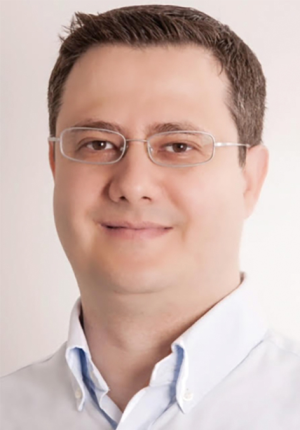